Audio in video below:

Da Vinci’s 15th century painting “The Last Supper” is beyond brilliant and one of the world’s most famous paintings.

Mastering Art and Art History while studying abroad I actually got to see and study many famous artworks and architecture. Although this was 20 years ago I was never taught or able at the time to uncover what I have self-taught myself in the last 5 years.

Spiraling down this never-ending rabbit hole I had studied in depth many philosophers and their works. One of my favorites- Manly P. Hall’s lectures and books. 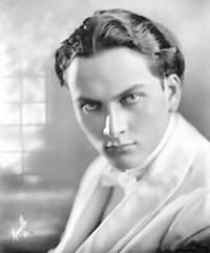 Manly Palmer Hall was a Canadian-born author and mystic. He is perhaps most famous for his work The Secret Teachings of All Ages: An Encyclopedic Outline of Masonic, Hermetic, Kabbalistic and Rosicrucian Symbolical Philosophy, which is widely regarded as his magnum opus. He has been widely recognized as a leading scholar in religion, mythology, mysticism, and the occult.

In 1973, Hall was recognized as a 33* Mason (the highest honor conferred by the Supreme Council of the Scottish Rite), despite never being initiated into the physical craft.

This lead me to uncovering the fact that in our ancient world many of our greatest minds were initiates of these mystery schools such as Percales, Plutarch, Buddha, Lao Tzu, Zoroaster, Plato, Socrates, Aristotle, Pythagoras, Herodotus, Hippocrates, Euclid, Democritus- all trained in the great mystery schools of Egypt and Greece. They all established wisdom that nourished their civilizations.

The Great White Brotherhood wore white symbolizing their illumination. Thus in many traditions, the Sun, the most visible manifestation of illumination in our world, became the symbol of the Creator itself. The Christ spirit within every human heart. The fact that each living being contains within itself a center of life, which may grow to be a “SUN”, a metaphor for the light within.

According to Manly P Hall “The glorious, radiant orb of day…. This Supreme Spirit of humanitarianism and philanthropy is known to Christendom as Christ, the Redeemer of worlds”. Thus the Sun became linked to many expressions of God power externalized as the great solar lords Ra, Horus, Mithras and Jesus- all symbols for the Inner Christ (Greek word for Gold) all virgin births, all born on December 25th and all died at 33 years of age.

This all brings me to Manly P Hall unveiling of the brilliant hidden messages in Da Vinci’s “Last Supper”.

As we all know that all the constellations were depicted in the ancient Maya, Zep Tepi, Kali Yuga calendars better known today as the zodiac .

What is interesting is that “The Last Supper” when examined from a closer more knowledgeable outlook – as explained by Hall, we can start to see that Da Vinci, who had access to the secret Vatican libraries and a 33* mason which is a word that originated from the root of “Masorah” the collection of information and comment on the text of the traditional Hebrew Bible by the “Masoretes”. – (aka Masons literally “conveyors of tradition”) hide some very important information in his works hidden in plain sight.

The first sign of the zodiac is not Capricorn but Aries the sign of the ram. Which is why you see the ram symbolism all throughout ancient cultures. The last sign is the Pisces, which is the age that Jesus ushered in and was just completed, introducing us into the Age of Aquarius approximately in 2013. As a matter of fact, every age has a spiritual icon or deity that represents the beginning of a new age. 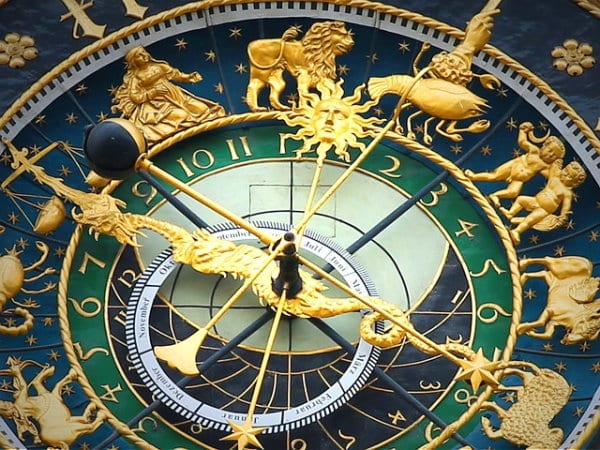 Our constellations are a celestial clock. For example each one of these constellations has an approximate 2150-year time slot of being behind the sun. The completion of this celestial clock is approximately 25,800 years. We have completed the age of Pisces and the entire cycle, simultaneously which is why, we are all being uplifted consciously (electro magnetically).

Each planet has a negative and positive magnetic charge and certain planets align according to the cyclical celestial calendar that has been recorded, that affect the earths electro magnetics and we are electric and part of Gaia “As above so below”. In addition the oldest computer in the world has recently been replicated. It is the 2000BC Computer Analogue of Greece, which measures the celestial calendar –past, present and future alignments.

So now lets take a closer look at the hidden messages in Da Vinci’s “Last Supper”.

“The Last Supper” is also known as “Nisan” which is the spring equinox generally falling on 3/21 yearly. There are 12 disciples including the Son of God “Jesus” makes it 13, a powerful and taboo number. If you research the number 13, it is associated with the woman and is known as “Colombia”, the poetic name of America. Colombia pictures Icon is similar to the statue of Liberty, originating from Isis and Sumerian Inanna. Then their is Columbine and Columbia Space Shuttle, Friday the 13th… Is it all coincidental or is it selective, pre-calculated programming by the Cabal, a group of elites that are privy to all this hidden information in the clock of ages, technology, siduals and much more.

Paying close attention to the hand gestures of each of the disciples as explained by Hall, you would see that each one shows representation of a celestial zodiac sign. Starting with Aries at the head of the table and ending with Pisces. The only female in the Zodiac is the Virgo (Virgin) and is portrayed by Mary Magdalene the only female in the Last Supper. Mary (meaning high priestess) Magdalene (means tower of knowledge) and Jesus (Zeus) Christ (gold) also make a trinity, which is the human connection to GOD. Traditionally the trinity is Father, Son, and Holy Spirit. What happen to the woman? How can she not exist in this equation? It is Man, Woman, Holy Spirit or GOD that is clearly depicted in all Alchemical drawings and in the mystical jewish “Cabala” as Chokmah (understanding/female) and Binah (wisdom/male) unite to get to Kether (crown/holy spirit). This theology/physics can be applied both inner and outer . Balancing of right (female) and left (male) brain hemispheres to get to higher consciousness individually and as separate matching counterparts of male and female that are equally evolved, attract  and unite. In physics everything has a negative- and a positive+. The color blue is associated with the female and red is associated with the male. Looking at Da Vinci’s painting of Jesus who wears a red garment with a blue cloak and Mary Magdalene wears a blue garment  with a red cloak, they are representing the balancing of both left and right hemispheres. Clearly his knowledge is so carefully encoded in many of his works.

In addition you can see how Da Vinci also grouped the disciples by the 4 seasons. Jesus in the middle of the 12 zodiac signs represents the SUN.

All throughout history we have 12 portrayed in all ancient cultures. Shiva and Shakti, is androgynous man and woman, there are 3 stages to this Hindu God/Goddess and the last stage is portrayed with 11 body parts including the male/female body 12 with sun/halo. It is the same zodiac clock.

The number 12 became a number revered by mathematicians and early astronomers. So the skies were divided into 12 portions, as were the months of year, reflecting the annual movement of heavenly bodies. Superstitions and religious beliefs were piled on top of respect for the number 12 and were adopted by multiple early civilizations. The sky, divided into 12, has each portion ruled by a god, a divine being, a teacher, a prophet or a son of the sun.

Odin, or Norse mythology, sat on a chair that overlooked all of creation, and had 12 sons. The Babylonians had the longest lasting influence upon our calendars, times, mathematics and religions, all of which emphasize the number 12. The ancient Zoroastrians had twelve commanders on the side of light (light being a symbol for the sun), and in Judaism and the Hebrew Scripture there are many references to the 12 tribes ofIsrael. The Greeks had 12 Gods on mount Olympus. Mithras’s, and then Christians believed that their savior had 12 disciples. Shi’a Muslims list 12 ruling Imams following Muhammad. In Buddhism there are 12 life stages.

Such holy persons are depicted with a bright solar light around their heads, which occurs when any object approaches the sun and stands in front of it. Although many ancient religions such as the Gnostics (Greek for Knowledge) understood things like the twelve disciples of Mithras to be symbolic of the stages of the waning and waxing sun throughout the year, later religions took it literally and believed in an actual 12 disciples – and some still do.

We have been taught the savior is coming. Well he is here, he has always been here and he resides in each and every one of us. The problem is that most do not want to do the alchemical work within which starts at the heart (our electrical battery) as portrayed by Jesus who represents our god given rights- Christ (Greek for Gold/Sun within).