Dr. Edgar Mitchell – Aliens Are Real And Are Watching Us 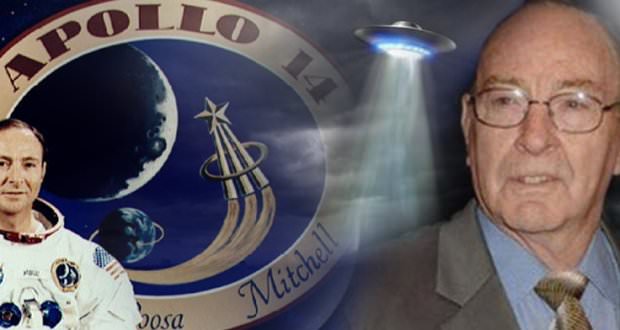 Are Aliens Real – Edgar Mitchell on the moon!

Edgar is a famous NASA astronaut that has walked on the moon. He says he has proof that the Grey aliens are real and that right now aliens are watching us!

Edgar was part of the Apollo 14 space flight January 31, 1971, proceeded by the lunar landing on February 5th. During the two lunar EVAs (Extravehicular Activity), Mitchell along with his Commander Alan Shepard spent about 33 hours on the Moon.

Edgar claims that he believes in Aliens and UFOs – Aliens are Real! Claiming that we have been watched and observed for a long time. He mentions the Roswell alien crash in the summer of 1947. Pointing out the reason for the US government denial was they weren’t sure if the specimen found was hostile. He also says the US didn’t want the soviets to know so a cover up was decided. Edgar claims he is positive that we are being watched right now.

When asked how many Alien Civilizations there are Edgar’s answer was – Billions.

Astronaut Edgar Mitchell, the sixth man on the moon, testifies to extraterrestrial visitation and military coverup.

Edgar also gives us some insight to the reason our government has kept Aliens and other UFO related information above top-secret. He stated that the Air Force is responsible for protecting our skies, and they and various other governmental agencies did not know what to do with the alien crashed saucer, and its superior technology.

They certainly did not want the Soviets to get their hands on it, and at the same, the best course of action was to just lie about it, and keep it to themselves. They labeled it “above top-secret,” and that created the long running iron curtain separating a secret group within the government, and the American public. It is believed by some UFO researchers that this group was the Majestic-12, which is often referred to as MAJ-12.

Mitchell’s reference to this secret group does not in any way give validation to the so-called Majestic-12 documents, but it does give us proof that a group to protect UFO information did exist, and with ongoing UFO events of importance, it is only reasonable to assume that the group continues today.

There is no doubt that Dr. Mitchell’s statements will have long reaching consequence in the UFO community, and hopefully, mainstream media will pay a more serious look at reports of UFOs. So now, we who have always believed that there is intelligent life elsewhere in the universe, can know without reservation that this belief is based on fact.

We will continue to look for answers as to why they are here, where they come from, how they get here, and what we will do when and if they decide to make themselves known openly to this curious, tiny, third planet from the Sun we call Earth.

Aliens have contacted humans several times but governments have hidden the truth for 60 years, the sixth man to walk on the moon has claimed.

Apollo 14 astronaut Dr Edgar Mitchell, said he was aware of many UFO visits to Earth during his career with NASA but each one was covered up.

Dr Mitchell, 77, said during a radio interview that sources at the space agency who had had contact with aliens described the beings as ‘little people who look strange to us.’

He said supposedly real-life ET’s were similar to the traditional image of a small frame, large eyes and head.

Chillingly, he claimed our technology is ‘not nearly as sophisticated’ as theirs and “had they been hostile”, he warned ‘we would be been gone by now’.

Dr Mitchell, along with with Apollo 14 commander Alan Shepard, holds the record for the longest ever moon walk, at nine hours and 17 minutes during their 1971 mission.

‘I happen to have been privileged enough to be in on the fact that we’ve been visited on this planet and the UFO phenomena is real,’ Dr Mitchell said. It’s been covered up by all governments for 60 years.