“The Jesuits are a MILITARY organization, not a religious order. Their chief is a general of an army, not the mere father abbot of a monastery. And the aim of this organization is power – power in its most despotic exercise – absolute power, universal power, power to control the world by the volition of a single man [i.e., the Black Pope, the Superior General of the Jesuits]. Jesuitism is the most absolute of despotisms [sic] – and at the same time the greatest and most enormous of abuses…”
— Napoleon I (i.e., Napoleon Bonaparte; 1769-1821; Emperor of the France) 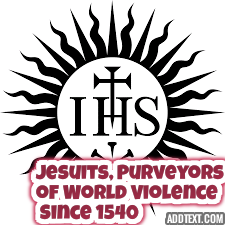 Commander and Chiefs of America since ….. 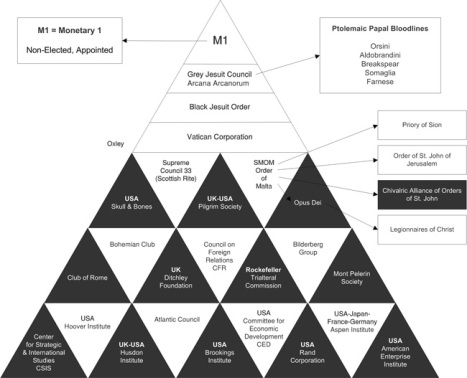 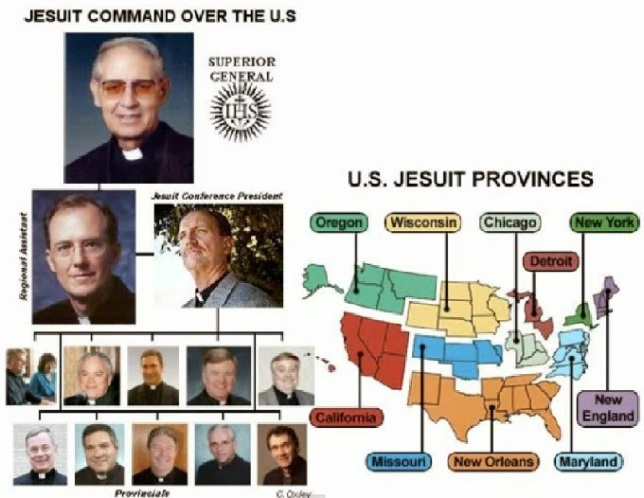 Barack Obama is truly not the President of the United States. He is not a powerful person at all. Rather, he is a front man for more powerful entities that hide in the shadows.

The real power in the world is not the United States, Russia, or even China. It is Rome. The Roman Catholic Church (Vatican) is the single most powerful force in the world.

However, the Vatican has been under the control of it’s largest all-male order, the Jesuits. The Jesuits were created in 1534 to serve as the “counter-reformation” — the arm of the Church that would help to fight the Muslims and the Protestant Reformers. However, they fought with espionage. The Jesuits were expelled from at least 83 countries and cities for subversion, espionage, treason, and other such things. Samuel Morse said that the Jesuits were the foot soldiers in the Holy Alliance (Europe and the Vatican) plan to destroy the United States (Congress of Vienna). Marquis Lafayette stated that the Jesuits were behind most of the wars in Europe, and that they would be the ones to take liberty from the United States.

The head of the Jesuit Order is Adolfo Nicholas. His title is Superior General of the Jesuits. The use of the rank “general” is because the Jesuits are, in reality, a military organization.

Nicholas, as the Jesuit General, is the most powerful man in the world. He ultimately issues the commands that are administered by drones like Obama.

The Jesuit General is nicknamed “The Black Pope” because he always wears black robes. Pope Benedict XIV is, thus, the “White Pope”. 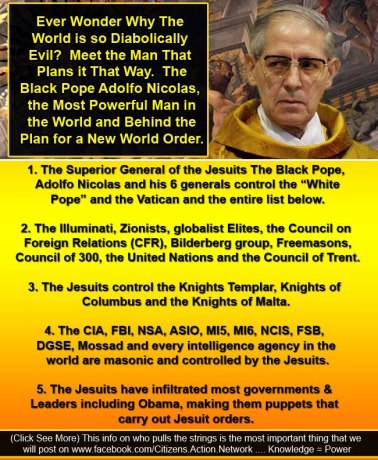 Directly under the Jesuit General is Fr. James E. Grummer, S.J. — one of the five Jesuit priests who serve as direct “assistants” to the Jesuit General. Grummer is his American assistant, and controls the US Jesuit Conference. He is the controller of every American Jesuit university and every American Jesuit Provincial. The New York Provincial has the most contact with Grummer (as the top provincial).

Father Grummer in 2008 when first appointed

Under Grummer is the President of the US Jesuit Conference, Fr. Thomas H. Smolich, S.J., who was the Jesuit Provincial of California during the reign of Governor Arnold Schwarznegger. Smolich was the power behind Arnold during these years. Smolich is a key force behind the planned Sino-Soviet-Muslim invasion, which the Jesuit Order is planning to use to bring down the United States. He is also actively involved in the orchestration of the Chinese-Mexican invasion.

Under Smolich is Fr. David S. Ciancimino, S.J., the Jesuit Provincial of New York. He is the top Jesuit Provinical in the United States, as New York is the capital of the Jesuit Order’s power (that’s why it was chosen as the staging area for 9/11). Here, Ciancimino (and the Jesuits beneath him) control Wall Street, the NYSE, and the Federal Reserve Bank. Ciancimino controls Archbishop Timothy Dolan, the most powerful Roman Catholic official in the United States who is not a Jesuit. Ciancimino is an occultist, as are many other top Jesuits.

Directly under Ciancimino is Fr. Joseph M. McShane, S.J., who is the President of Fordham University — the Jesuit college of New York, and the Jesuits’ military stronghold there. It is through McShane that the Jesuits (led by Ciancimino in New York) control Archbishop Timothy Dolan. He has become known as the “penholder” for Dolan. He wears a decorative necklace that features an equilateral triangle, a Masonic symbol of the Risen Horus.

Under the control of these powerful Jesuits is Pope Benedict XIV, the Vicar of Christ (Horus) and the current Roman Papal Caesar. He represents Osiris in mystery-school/occult mythology.

Below Pope Benedict XIV is the Timothy Dolan, the Archbishop of New York. Dolan is the “American Pope” and the “Archbishop of the Capital of the World”. He heads the American branches of the Knights of Malta and Knights of Columbus. He is a likely occultist and the controller of American Freemasonry, the CFR, the ADL (B’nai B’rith), the Pentagon, and the intelligence community. 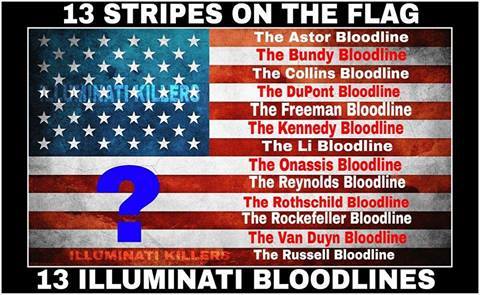 Joseph A. O’Hare, S.J. is the President Emeritus of Fordham University and the man directly under Egan. He is a Knight of Malta and has presided over CFR meetings as Egan’s operative. He is an adviser to David Rockefeller (Knight of Malta), Henry Kissinger (Knight of Malta), and Mayor Michael Bloomberg of New York. He is, thus, the Jesuit who directly controls the city mayor. He is also the Jesuit who controls the Rockefeller-Kissinger apparatus, of which the CFR is a key part.

O’Hare is a devoted Zionist who supports the State of Israel, which was created in 1948 by the United Nations (UN) — a creation of the Archbishop of New York’s Council on Foreign relations). It was Archbishop Francis Spellman of New York who solicited votes at the UN for Israel. Spellman played a key role in Israel’s founding. The founder of Zionism was Theodor Herzl, who had frequent meetings with the Pope and had once planned to lead the jewish people in a “mass conversion” to Roman Catholicism. The true designers, financiers, and promoters of Zionism are the Rothschilds, who Encyclopedia Judaica describes as “guardians of the papal treasure”. That’s right — the Rothschilds are the banking agents of the Papacy. The State of Israel is just the revived Latin Kingdom of Jerusalem, and it’s under the Vatican’s thumb. 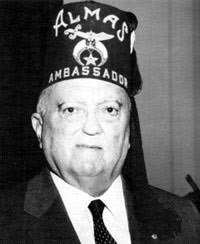 Below O’Hare is John J. DeGioa, the President of Georgetown University. DeGioa is also a Knight of Malta and a member of the CFR. He is one of the over-seers of the State of Israel. 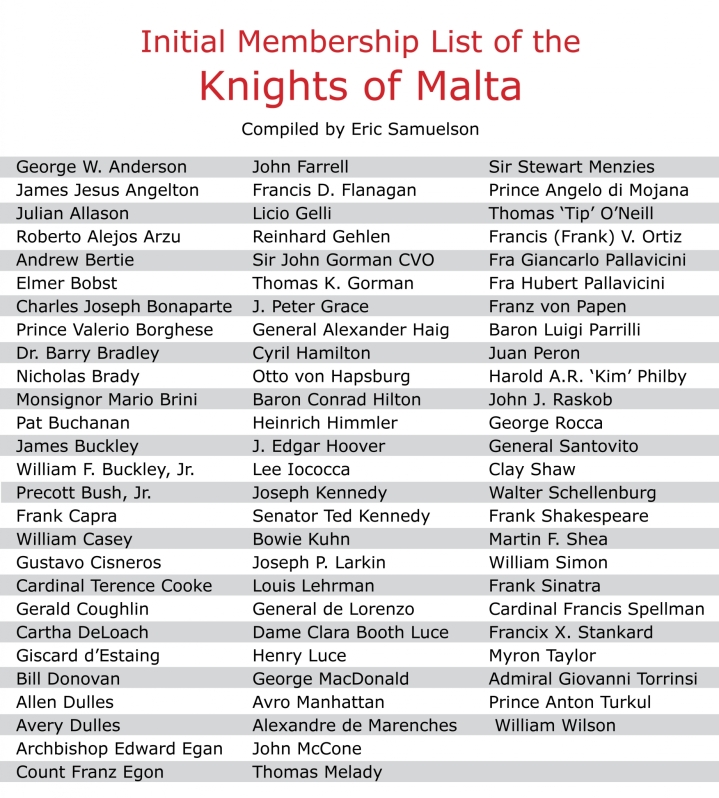 Brzezinski was Soetoro’s professor at Columbia University, and recruited him for presidential grooming. Are we beginning to see the big picture?

Once Brzezinski created “presidential candidate” Obama, his campaign was financed and promoted by the multi-billionaire behind hundreds of organizations on the “political left” — George Soros. Soros was a high-ranking CFR member and a member of the Carlyle Group, an international corporation that served as a front for the Vatican. Soros, a Hungarian jewish, was a strong socialist-communist (like Brzezinski). Like Haas, Brzezinski was a Papal Court jewish and a Labor Zionist. He is also a Freemason. He is a friend of Rupert Murdoch. Soros is a major stockholder in Halliburton.

Murdoch is the protector of Obama, controlling his opposition. Murdoch was knighted by the Pope in 1998 for making large contributions to the Roman Catholic Church. He has said that his corporation – News Corp – is “just like the Jesuits” while speaking at Georgetown University. Murdoch is a member of the CFR.

Joseph R. Biden is the Vice President, and is directly under the Vatican’s big-wheel operatives (Soros and Murdoch). He is Roman Catholic and has been honored at two Jesuit universities. His son is a Jesuit volunteer and a lobbyist for a Jesuit university he attended.

Under the guidance of Biden, we find Barack Obama, a 32nd Degree Freemason who has been trained in Romanism.
——–

“I always wondered how much sway the Vatican still has in the year 2014.  They use to be an obvious powerhouse.  Kings and Queens bowed before the Pope and did what he told them to do.  That is just not the case anymore.  Even within the church itself, power dwindles. Scandal, abuse and a lack of faith has been eating the church, and every church in every religion, from the inside out.  And since when did Freemasons and Catholics get along? Conspiracies are funny like that…  Keep in mind, Protestants have never liked Catholics…
and vice versa.
— Mort 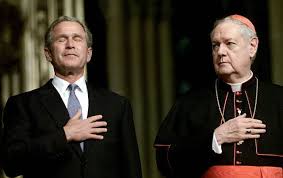 Bow and Prostrate to the Power Above 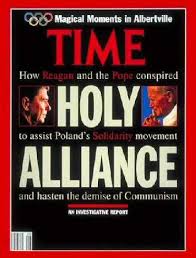 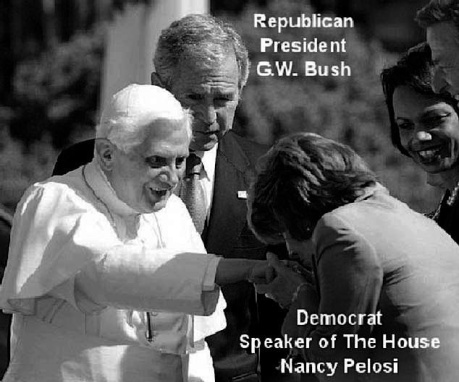 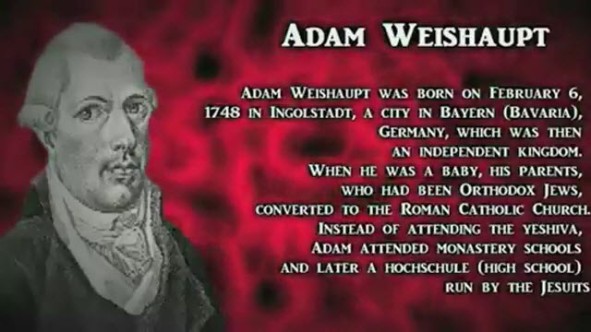 Does this look like a Sane person or Satanic?? 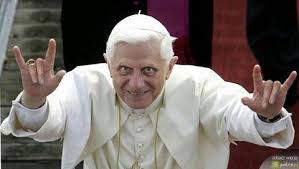 The Jesuits are the real controllers of all and need to get dispersed. It’s not who you’re not allowed to criticize; it’s who you don’t even know anything about!

Want to know who really did 9/11?
Want to know that the U.S. is planned to become a 3rd world Slave Plantation?
Want to learn about why Dubai is going to be the next “Spiritual and Financial Center of the World?
Want to know how power in the U.S. has shifted from Wash D.C., to Chicago?
http://theunhivedmind.com/UHM/conspiracy-research-interview-1-oct-2013-with-the-unhived-mind/
http://theunhivedmind.com/UHM/conspiracy-research-interview-2-feb-2014-with-the-unhived-mind/
http://www.spirituallysmart.com/lincoln3.htm
Rulers of Evil. .pdf
http://www.granddesignexposed.com/pdf/RulersofEvil.pdf